PLYMOUTH ROCK AND THE PILGRIMS – A Wonderful Speech from Mark Twain

Mark Twain Speeches presented by Conor Cunneen-IrishmanSpeaks, a Chicago based humorous, motivational speaker who has learned from, and delights in the funny, (sometimes inspirational, sometimes poignant) humorous messages from possibly the finest and most famous motivational humorist ever. 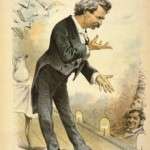 What Mark Twain Learned Me ‘ 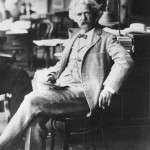 PLYMOUTH ROCK AND THE PILGRIMS

“This sentiment has been assigned to one who was never exactly born in New England, nor, perhaps, were any of his ancestors. He is not technically, therefore, of New England descent. Under the painful circumstances in which he has found himself, however, he has done the best he could — he has had all his children born there, and has made of himself a New England ancestor. He is a self-made man. More than this, and better even, in cheerful, hopeful, helpful literature he is of New England ascent. To ascend there in anything that’s reasonable is difficult, for — confidentially, with the door shut — we all know that they are the brightest, ablest sons of that goodly land who never leave it, and it is among and abovethem that Mr. Twain has made his brilliant and permanent ascent — become a man of mark.”

I RISE to protest. I have kept still for years, but really I think there is no sufficient justification for this sort of thing. What do you want to celebrate those people for? — those ancestors of yours of 1620 — the Mayflower tribe, I mean.

What was there remarkable about it, I would like to know? What can you be thinking of? Why, those Pilgrims had been at sea three or four months. It was the very middle of winter: it was as cold as death off Cape Cod there. Why shouldn’t they come ashore? If they hadn’t landed, there would be some reason for celebrating the fact. It would have been a case of monumental leatherheadedness which the world would not willingly let die.

They were a mighty hard lot — you know it. I grant you, without the slightest unwillingness, that they were a deal more gentle and merciful and just than were the people of Europe of that day; I grant you that they are better than their predecessors. But what of that? — that is nothing. People always progress. You are better than your fathers and grandfathers were (this is the first time I have ever aimed a measureless slander at the departed, for I consider such things improper).

Yes, those among you who have not been in the penitentiary, if such there be, are better than your fathers and grandfathers were; but is that any sufficient reason for getting up annual dinners and celebrating you?

No, by no means — by no means. Well, I repeat, those Pilgrims were a hard lot. They took good care of themselves, but they abolished everybody else’s ancestors. I am a border-ruffian from the State of Missouri. I am a Connecticut Yankee by adoption. In me, you have Missouri morals, Connecticut culture; this, gentlemen, is the combination which makes the perfect man. But where are my ancestors? Whom shall I celebrate? Where shall I find the raw material?

My first American ancestor, gentlemen, was an Indian — an early Indian. Your ancestors skinned him alive, and I am an orphan. Not one drop of my blood flows in that Indian’s veins today. I stand here, lone and forlorn, without an ancestor. They skinned him! I do not object to that, if they needed his fur; but alive, gentlemen — alive! They skinned him alive — and before company! That is what rankles. Think how he must have felt; for he was a sensitive person and easily embarrassed. If he had been a bird, it would have been all right, and no violence done to his feelings, because he would have been considered “dressed.” But he was not a bird, gentlemen, he was a man, and probably one of the most undressed men that ever was. I ask you to put yourselves in his place. I ask it as a favor; I ask it as a tardy act of justice; I ask it in the interest of fidelity to the traditions of your ancestors; I ask it that the world may contemplate, with vision unobstructed by disguising swallow-tails and white cravats, the spectacle which the true New England Society ought to present. Cease to come to these annual orgies in this hollow modern mockery — the surplusage of raiment. Come in character; come in the summer grace, come in the unadorned simplicity, come in the free and joyous costume which your sainted ancestors provided for mine.

Later ancestors of mine were the Quakers William Robinson, Marmaduke Stevenson, et al. Your tribe chased them out of the country for their religion’s sake; promised them death if they came back; for your ancestors had forsaken the homes they loved, and braved the perils of the sea, the implacable climate, and the savage wilderness, to acquire that highest and most precious of boons, freedom for every man on this broad continent to worship according to the dictates of his own conscience — and they were not going to allow a lot of pestiferous Quakers to interfere with it.

Your ancestors broke forever the chains of political slavery, and gave the vote to every man in this wide land, excluding none! — none except those who did not belong to the orthodox church. Your ancestors — yes, they were a hard lot; but, nevertheless, they gave us religious liberty to worship as they required us to worship, and political liberty to vote as the church required; and so I the bereft one, I the forlorn one, am here to do my best to help you celebrate them right.

The Quaker woman Elizabeth Hooton was an ancestress of mine. Your people were pretty severe with her — you will confess that. But, poor thing! I believe they changed her opinions before she died, and took her into their fold; and so we have every reason to presume that when she died she went to the same place which your ancestors went to. It is a great pity, for she was a good woman.

Roger Williams was an ancestor of mine. I don’t really remember what your people did with him. But they banished him to Rhode Island, anyway. And then, I believe, recognizing that this was really carrying harshness to an unjustifiable extreme, they took pity on him and burned him. They were a hard lot! All those Salem witches were ancestors of mine! Your people made it tropical for them. Yes they did; by pressure and the gallows they made such a clean deal with them that there hasn’t been a witch and hardly a halter in our family from that day to this, and that is one hundred and eighty-nine years.

The first slave brought into New England out of Africa by your progenitors was an ancestor of mine — for I am of a mixed breed, an infinitely shaded and exquisite Mongrel. I’m not one of your sham meerschaums that you can color in a week. No, my complexion is the patient art of eight generations. Well, in my own time, I had acquired a lot of my kin — by purchase, and swapping around, and one way and another — and was getting along very well. Then, with the inborn perversity of your lineage, you got up a war, and took them all away from me. And so, again am I bereft, again am I forlorn; no drop of my blood flows in the veins of any living being who is marketable.

O my friends, hear me and reform! I seek your good, not mine. You have heard the speeches. Disband these New England societies — nurseries of a system of steadily augmenting laudation and hosannaing, which, if persisted in uncurbed, may some day in the remote future beguile you into prevaricating and bragging. Oh, stop, stop, while you are still temperate in your appreciation of your ancestors! Hear me, I beseech you; get up an auction and sell Plymouth Rock! The Pilgrims were a simple and ignorant race. They never had seen any good rocks before, or at least any that were not watched, and so they were excusable for hopping ashore in frantic delight and clapping an iron fence around this one.

But you, gentlemen, are educated; you are enlightened; you know that in the rich land of your nativity, opulent New England, overflowing with rocks, this one isn’t worth, at the outside, more than thirty-five cents. Therefore, sell it, before it is injured by exposure, or at least throw it open to the patent-medicine advertisements, and let it earn its taxes.

Yes, hear your true friend — your only true friend — list to his voice. Disband these societies, hotbeds of vice, of moral decay — perpetuators of ancestral superstition. Here on this board I see water, I see milk, I see the wild and deadly lemonade. These are but steps upon the downward path. Next we shall see tea, then chocolate, then coffee — hotel coffee. A few more years — all too few, I fear — mark my words, we shall have cider! Gentlemen, pause ere it be too late. You are on the broad road which leads to dissipation, physical ruin, moral decay, gory crime and the gallows!

I beseech you, I implore you, in the name of your anxious friends, in the name of your suffering families, in the name of your impending widows and orphans, stop ere it be too late. Disband these New England societies, renounce these soul-blistering saturnalia, cease from varnishing the rusty reputations of your long-vanished ancestors — the super-high-moral old iron-clads of Cape Cod, the pious buccaneers of Plymouth Rock — go home, and try to learn to behave! However, chaff and nonsense aside, I think I honor and appreciate your Pilgrim stock as much as you do yourselves, perhaps; and I endorse and adopt a sentiment uttered by a grandfather of mine once — a man of sturdy opinions, of sincere make of mind, and not given to flattery. He said: “People may talk as they like about that Pilgrim stock, but, after all’s said and done, it would be pretty hard to improve on those people; and, as for me, I don’t mind coming out flatfooted and saying there ain’t any way to improve on them — except having them born in Missouri!”

Are you seeking a Chicago based Inspirational, Motivational, Humorous Keynote Business Speaker who will Energize, Entertain and Educate your audience (who also happens to be a big Mark Twain fan)? 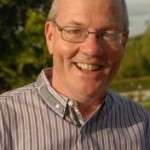 Chicago based Keynote Speaker Irishman Conor Cunneen Improves People, Performance and Productivity. “My objective is to leave people with a spring in their step, a smile on the face and a beat in the heart (that really is important!)” Conor first got seriously interested in Mark Twain when a conference evaluation said “He’s like Mark Twain with a brogue!”

These speeches are presented by Humorous Motivational Speaker and author Conor Cunneen. Conor is an Irishman, happily exiled in Chicago who earns a crust as a keynote speaker, facilitator and emcee to associations, corporations and healthcare seeking a speaker with a strong motivational message that will ensure the audience leaves with a spring in their step, a beat in their heart (THAT is very important) and a smile on their face, knowing that they have good implementable ideas to bring back to the workplace.

Here you can see a sample of the type of material, Conor Cunneen “one of the best humorous motivational speakers out there” present.