A jay hasn’t got any more principle than a Congressman.

It is interesting, wonderfully interesting–the miracles which party-politics can do with a man’s mental and moral make-up.  Look at McKinley, Roosevelt, and yourself: in private life  spotless in character; honorable, honest, just, humane, generous; scorning trickeries, treacheries, suppressions of the truth, mistranslations of the meanings of facts, the filching of credit earned by another, the condoning of crime, the glorifying of base acts: in public political life the reverse of all this. – Letter to Rev. J. H. Twichell 1904 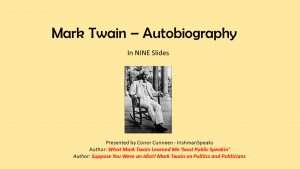 Keynote Speaker Conor Cunneen is a big Mark Twain fan. BUY and ENJOY his new book  Suppose You Were an Idiot… Mark Twain on Politics and Politicians 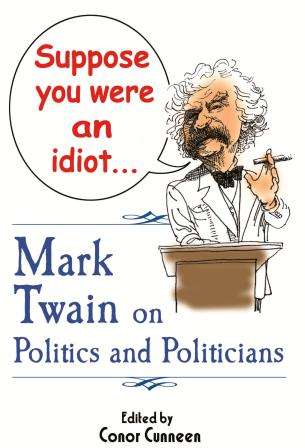 MARK BEFORE you go on stage