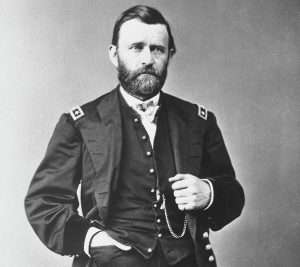 In Suppose You Were an Idiot… Mark Twain on Politics and Politicians, I quote numerous comments from Twain (Sam Clemens) on US Presidents ranging from Washington to Teddy Roosevelt.

There is no doubt though that Twain had a particular fondness for Ulysses S. Grant. They were on opposite sides during the Civil War (at least initially) but Twain came to see a goodness in Grant that bordered on brotherly love as the ex-President, dying of cancer,  struggled to finish his memoirs. The memoirs-published by Twain-were a huge success with Grant’s wife eventually receiving royalties of close to $500,000.

He was a very great man and superlatively good.

I think the most interesting personality I ever encountered was General Grant. How and where he was so much larger than other men I had ever met I cannot describe. It was the same sort of feeling, I suppose that made my friend, Thomas Starr King, whilst listening

to a celebrated preacher, turn to me and exclaim, “Whereabouts in that figure does that imperial power reside.” You had that feeling with Grant exactly.

[W]hen we think of General Grant our pulses quicken and his grammar vanishes; we only remember that this is the simple soldier, who, all untaught of the silken phrase-makers, linked words together with an art surpassing the art of the schools, and put into them a something which will still bring to American ears, as long as America shall last, the roll of his vanished drums and the tread of his marching hosts.

You can read more about the relationship between Grant and Twain here. 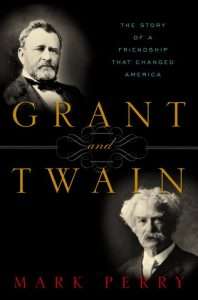